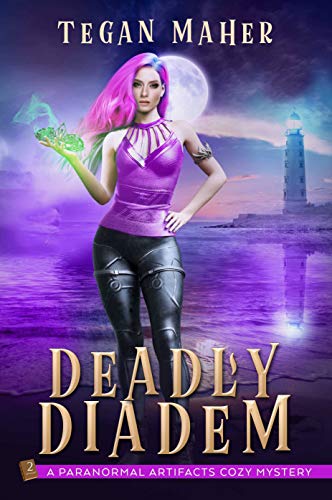 What kind of crazy witch curses a diadem to kill people? Apparently the kind that founds small beach towns and makes iced tea and finger sandwiches for cocktail parties. Why am I not surprised? This is, after all, the south.

I admit I messed up when I dragged a sunken treasure chest to shore. I’ll even take part of the blame for my obsessive-compulsive sister throwing them in an auction before I had a chance to check them for magical mojo. That doesn’t mean I should have to deal with snobby socialites and the weak-kneed weenies that bow at their Prada-clad feet. Especially when said socialite is dead.