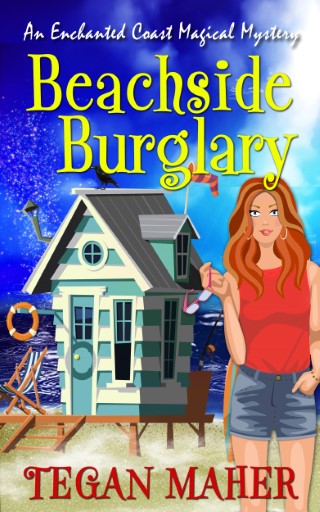 Life’s a beach, at least until a king’s crown goes missing.

Destiny’s been trying to hunt down a thief for a couple of weeks, but up ’til now, it’s been all small potatoes – sometimes literally. Since she’s certain it’s a local and suspects there’s a method to the thievery, she’s tried to keep it on the down-low in order to flush the petty criminal out. Once a mermaid king’s crown goes missing, though, Destiny has no choice but to come clean about the other thefts.

With an army of mermaids ready to rise and the resort’s reputation on the line, Destiny races to find the crown before somebody she loves ends up in a watery prison